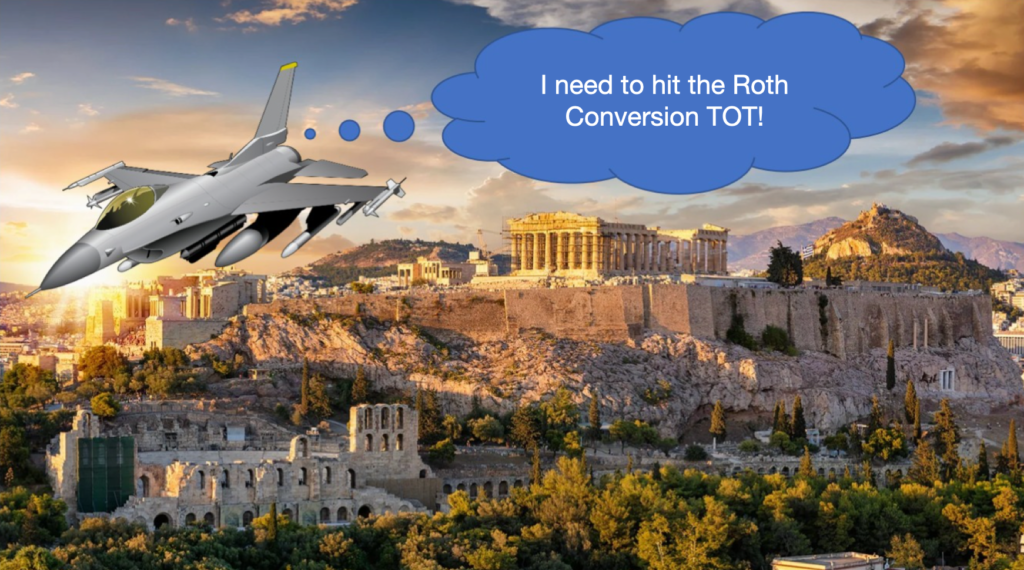 In 2017 Congress passed the Tax Cut and Jobs Act (TCJA)—a fairly sweeping, but largely temporary rewrite of the tax code.  Many of us are still smarting from the “benefits” such as the loss of the ability itemize deductions unless we have absurd levels of mortgage interest or medical bills. The most impactful aspect is also quite temporary—the reduction of marginal tax brackets.

Prior to the TCJA, the tax brackets looked like Figure 1.  The amounts changed each year with inflation, but the percentages remained.  Most single income military officer families would have been in the 25%/28% brackets (married/single). 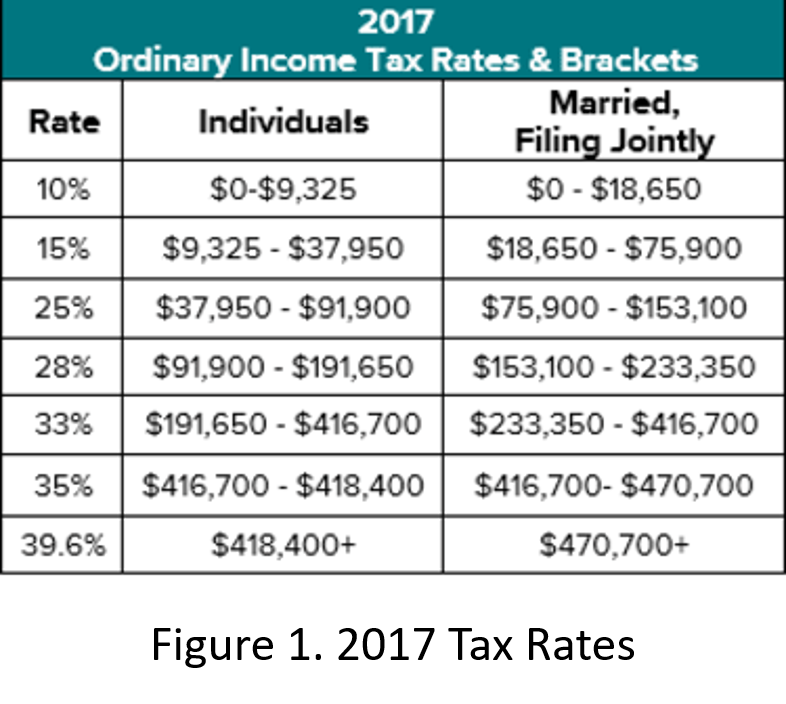 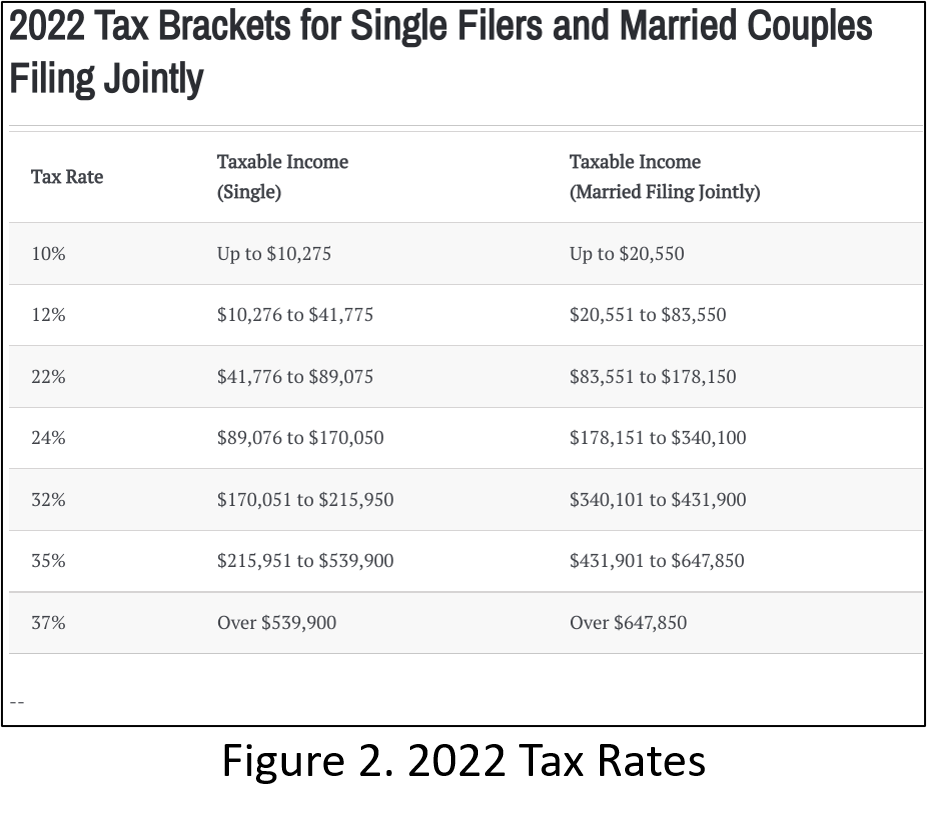 Among the many provisions of the TCJA that expire at the end of 2025 are the lower tax brackets.  Of course, the tax law is written in pencil, but without a change, all of those lower rates will snap back to the 2017 rates for tax year 2026… less than four years from now.

The crystal ball is still a hard Code 3, but it’s reasonable to conjecture that Congress will let the tax rates go back up.  The fact that the lower rates expire in the first year of a presidential term creates a nice poison pill if government happens to be divided.  Even if there’s unity along Pennsylvania avenue, 2026 is squarely when Medicare costs are projected to take off, creating a scapegoat for allowing rates to increase in order to foot the bill.

Tax years 2018 through 2025 are effectively the golden age for Roth accounts—both IRAs and TSP/401(k)/403(b).  Recall that the key feature of a Roth account is that you’ll (potentially) pay tax on the dollars as you earn them, but the dollars compound tax-free for decades and distributions are typically tax-free in retirement as well.

The crucial calculus of Roth is, “Will I pay a higher tax rate in retirement or today?”  Since we expect an automatic increase in tax rates in 2026, most of us know we’ll pay a higher rate and soon.  The TCJA rates are historically low during a period of soaring federal deficits and national debt which also implies higher rates to finally start paying for what previous administrations have wrought.

Virtually all age bands get a Roth tailwind from the lower rates: 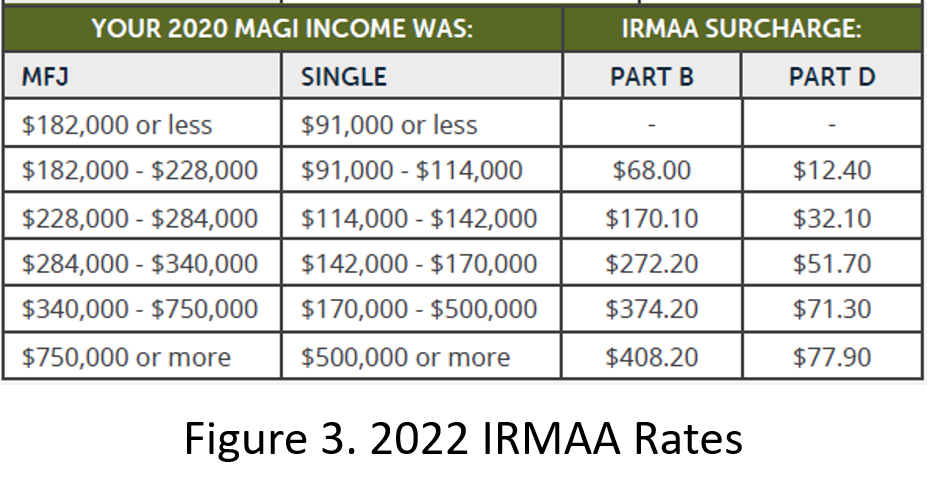 Figure 4 illustrates the latter three cases.  The taxpayer sees an automatic tax increase from 22% to 25% in 2026.  The years of paying 22% on Roth contributions are a boost since 22% is the lowest rate during working years.  Then, by retiring at age 62, the taxpayer gets to spend a full ten years in the crucial tax planning window where Roth conversions might be taxed as low as 15%.  Finally, after age 72 we can see that the taxpayer gets “trapped in the high block” because RMDs push him/her into the 28% bracket.

Figure 5 demonstrates what happens with a plus-sized military pension.  A typical O-6 pension effectively boosts a family into the 22% bracket today and the 25% bracket in 2026 (and beyond?).  If a taxpayer expects to have a high income floor in perpetuity, whether it’s from a pension, two helpings of Social Security, or both, then there may not be a serious dip in tax rates even with an early retirement.

Unless you believe that either your personal tax rate or federal (and state?) tax rates will be predictably lower in the future, it becomes clear that current tax rates are likely the lowest you’ll pay.  Circling back to the main logic for using Roth accounts—the 22% and 24% brackets are quite possibly the lowest brackets you may personally ever see, thus Roth contributions can create a hefty tax savings.

How to Maximize the Roth Golden Age

If you’re convinced that the next few years are going to be the best for Roth opportunities, then it’s time to mission plan how to maximize your Roth actions.

For the TSP, you’ll need to move the money to an IRA which can have disadvantages too.  If you do decide to execute Roth conversions, it’s crucial to math-out the dollar figure you can convert without tripping over into the next tax bracket.  It’s also important to remember that as you add income, you don’t just risk a higher tax rate.  You also risk phasing out of credits, deductions, and contribution opportunities.  Figure 6 shows the most common triggers and ranges to keep in mind as you consider Roth conversions. 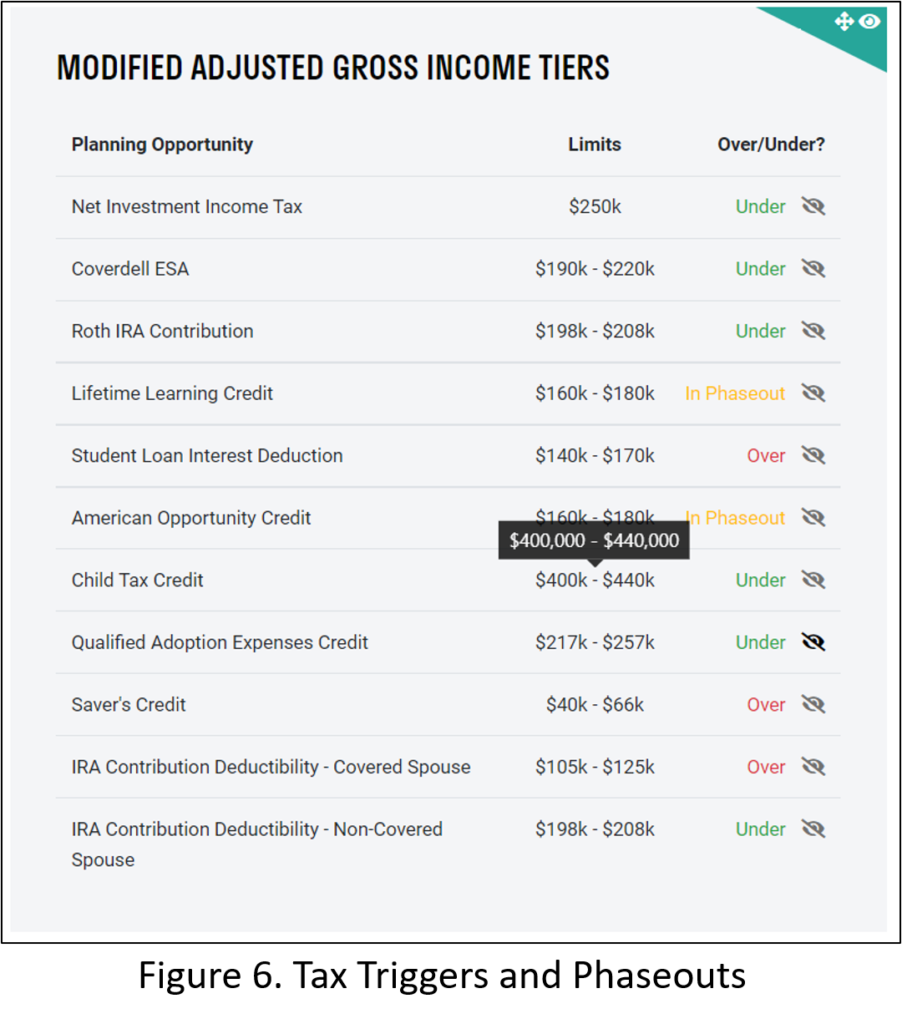 As Yogi Berra said, predictions are hard—especially about the future. Yet, there are strong reasons to believe that the current historically low tax rates will automatically increase in 2026.  Until that happens, you’re living in the Golden Age of Roth.  Whether you’re a hardcore DIY’er or you work with a Financial Planner, it’s time to do some solid projections for both the next few years as well as throughout your lifetime.  Remember that Roth is all about trying to find the lowest tax rate you can.  It’s likely you’re paying that rate now.  It could be when you’re 60, but you don’t want to wait until December 2025 to sort it out.