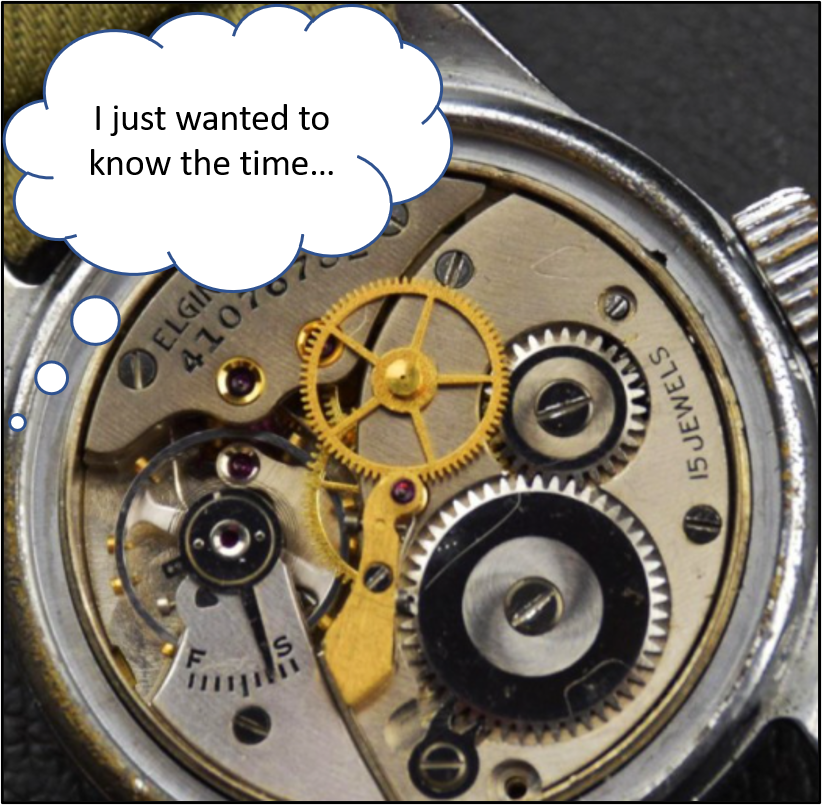 It’s the end of the year and our future selves will be thinking about Required Minimum Distributions (RMDs) when the calendar hits December.  While most of us aren’t worried about our 72-year-old self’s problems, you might want to read on for a glimpse of the future.

I’ll frame this discussion around a common question…

Moving past the tired it depends answer, the overwhelming majority of folks taking money out of their IRA in retirement take more than the RMD amount because they need the dollars to support income needs. So, it’s a relatively small number of wealthy tax-payers that are truly pained by the RMD.

As a refresher, the RMD is calculated based on the prior-year’s ending balance of Traditional IRAs and 401(k)s.  It’s an increasing fraction based on life-expectancy.  The first RMD is about 4%.  At age 115 and greater, it’s about 50%.

Failing to take an RMD carries a 50% penalty tax on the RMD amount.  It’s common for the IRS to forgive that tax if the taxpayer corrects the issue in a timely manner given that so many taxpayers are confused by the RMD requirement.  If the SECURE Act 2.0 passes in December 2022, it’s possible this penalty schedule will change, but enforcement may as well.

For those that do expect RMDs to be larger than needed distributions for lifestyle, there are a few good options to start off with:

Social Security, along with other guaranteed income sources like (military) pensions create an income floor, and therefore a tax bracket floor. Roth converting while that floor is at its lowest creates the lowest potential tax bracket.

So, if RMDs exceed what a family chooses to spend or gift, then yes, investing in line with a family’s investment game plan remains the last option.

Exactly what 72+-year-olds will choose to invest in is of course, highly individualized.  That said, we entered this merge thinking about being forced to recognize income and therefore seeking a tax efficient option for that income.

This might look like seeking non-dividend-paying stocks, tax-exempt municipal bonds, or low-cost index ETFs for those excess RMD dollars.  Such investments would be expected to grow, ostensibly for legacy purposes, but not add (much) to the annual interest, dividend, or capital gains tax bill.

Another option might be an annuity.  Annuities provide tax-deferred growth (if they provide growth) and are generally thought of as “longevity insurance” since they pay until you die.  The problem with an annuity is that the remainder of the investment usually goes to the insurance company after you die.  If you’re in your 70s and don’t need RMD dollars to live on, donating them to an insurance company’s coffers would need to be a family goal before I’d recommend it as a use for excess RMD amounts.

A special type of annuity called a QLAC (Qualified Longevity Annuity Contract) gets extra special treatment.  A QLAC can be purchased with up to $145K of IRA dollars (2022) in lieu of taking an RMD.  Payments from the QLAC would have to start by age 85, so this strategy could defer some taxation for an extra 13 years.  Given life expectancy after age 85, this strategy is a way of saying, “I’d rather make an insurance company wealthy than pay taxes.” To each their own.

Gifting to family will be great fit for many families.  Since the average age for receiving an inheritance is 60, gifting excess RMD dollars at 72 implies that children receive money starting in their 40s-50s where it can arguably create a greater life impact.  Grandchildren could receive the money even earlier and achieve earlier fulfilling experiences with such a gift.

Some strategies to minimize or even prevent RMDs include the following:

Roth, Roth, and more Roth.  Contributing to Roth IRAs in any year that you’re below the cutoff ($214K for 2022) means you’re unlikely to ever be forced to take an RMD on those dollars.

Contributing to the Roth TSP/401(k) helps too. There are two “gotchas” with employer Roth accounts.  First, they actually do have RMDs at age 72.  This is easily circumvented by rolling over the Roth dollars to a Roth IRA before age 72.  Watch out for the 5-year rule.  If you don’t have a Roth IRA already established when you rollover the Roth TSP/401(k) dollars, you might trigger the 5-year rule which could imply taxes and a 10% penalty, although it’s doubtful this would occur due to the ordering rules.

The second snag is that contributing to a Roth IRA, in say the 32% bracket is leaving the tax man a tip if you could withdraw those dollars in the 25% bracket during retirement.  Figure 2 shows an example of how that can work out poorly, but the critical factor is correctly estimating one’s tax bracket over the decades.

YOLO.  While Uncle Sam wants dollars flowing through the economy to create general prosperity and fund its operations, most of us will get more lifetime fulfillment from spending and giving our dollars than preparing to test the “hearse has no trailer hitch” theory.   Keeping a realistic balance between spending and saving can boost happiness and mitigate RMDs.

If, however, you invest the $6K in a taxable brokerage in a hypothetical basket of non-dividend-paying stocks then you’d never have any capital gains tax on those dollars through the years.  If those investments earned the same 10% over 30 years, you’d still have $104,696.  If you took the whole amount out as a liquidation, you’d pay $14,804 in capital gains tax (assuming 15%) on the $98,696 of earnings.

What’s more, the taxable investment would never have an RMD and the entire amount could be left to heirs with a step-up in basis, potentially eliminating any tax on the gain.  It would also be possible to donate the appreciated shares to charity, reducing estate size and creating a tax deduction in the donation year.

As is often my method, I’ve been asked for the time and responded with instructions for building a clock.  Hopefully this helps paint the picture that RMDs are rarely a real problem for most retirees.  They can be managed and avoided with either ounces of prevention or pounds of cure.  The important thing is to start planning now so you avoid an unpleasant surprise for your 72nd birthday!