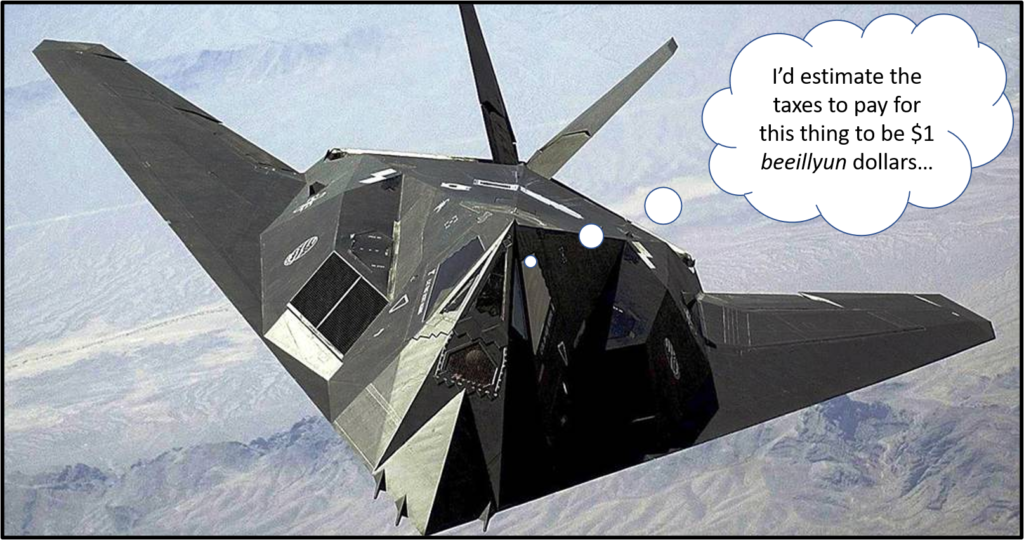 Today is Tax Day—the annual remembrance of how irritated you get at inefficient government spending or alternatively, how thankful you are for highways and fighter jets.  Even if you view paying taxes as a patriotic duty, it’s not terribly fun and the complexity of our tax code probably still stresses out the dead.

As if completing a stack of forms and stroking a check every April 15th(-ish) isn’t bad enough, you probably receive 1040-ES vouchers from your tax software or tax prepare.  These forms invite you to pay quarterly estimated taxes, but do you have to use them?

Pay as You Earn

Our tax system is based on the concept of pay as you earn. If everyone was allowed to wait until April 15th each year to pay the last year’s taxes, Uncle Sam would have well over 99 problems.  One of them would surely be that even more people just wouldn’t pay anything if their employer hadn’t eliminated that option.

Obviously, the answer is a no, but let’s consider the challenge for a moment.  Yes, the government can get a reasonable idea of our wage income from compliant employers but there are a lot of situations where the government can’t know what we owe until someone reports part of the transaction:

Herein lies the challenge.  We’re supposed to pay as we earn, but our primary mechanism for doing so it through our employers who have no idea if we sold a house, etc.

Uncle Sam hooks us up by not requiring that we report and pay income tax every month throughout the year on non-wage income… he only requires it 4 times a year.  I’m sure that has you feeling much better about taxes, right?

Yet, that is the system.  Taxpayers are required to participate in the pay as you earn system for income that employers don’t report.  You would think that this quarterly system would be something obvious like at the end of each calendar quarter.  Alas, that’s too easy to remember. Instead, estimated payments are due after the period the income is earned by the following dates:

Peeling that back a bit, if you didn’t pay enough tax through your employer on all other taxable income before April 15th, then in addition to paying your prior year tax bill by April 15th, you must also make an estimated payment for the current year.  That makes April 15th extra special for some tax payers.  (Clenches jaw…)

The June and September payments, other than not being at actual quarter-year intervals from adjacent payments, are rational, but then the problem arises on January 15th of the following year.  If you earned more income, say on December 21st from large capital gains distributions by that Target Date fund you had in a taxable account (ouch!), then you have to pay the required tax on it by January 15th of the new year… three months prior to reconciling the rest of your taxes.

Is it any wonder people don’t like paying taxes? Can you image if you had to register your car this often? Buggy whips would be making quite the comeback…

What if I don’t Pay Enough as I Earn?

This penalty is calculated on a daily rate, so it’s best to get your payment in as close to the appropriate quarterly deadline as possible if you will be late.

Tax software will typically guide you through the data gathering necessary to fill out the worksheets that calculate the penalty, but you can imagine the tedium if you need to report lots of sporadic self-employment income.  (Reason number one billion why tax professionals will always have a job…)

Now for the good news.  Even with interest, .05% per month isn’t usually a large number.  For example, let’s assume your spouse earned $3,500 of 1099 income in June and didn’t pay an estimated tax payment on September 15th.  You realize the issue while nursing a headache on January 1st of the following year and you calculate the income and self-employment tax bill to be $1,334.

Depending on the interest rate in effect at the time, that penalty tax is going to be a bit north of $40 if it’s only 6 months late.  I.e., for relatively small amounts of late/underpayments, the penalty tax is probably budget dust for most readers of this article.

That said, any extra money that you didn’t have to pay it effectively leaving the tax man a tip.  Not even the IRS will tell you that’s a good idea.

There is a term in tax world called Safe Harbor. Safe harbor means that if you meet a certain threshold of paying enough, then even if you didn’t technically pay enough, you don’t have to pay a late/underpayment penalty.

You achieve safe harbor in one of 3 ways:

Pay the lesser of the following numbers by January 15th:

90% of the current year’s estimated tax due. This is the tricky one because often, it will be the lowest number.  If you deploy to a combat zone, your taxable income usually drops like a rock.  The problem with getting to 90% of the current year is that you have to do the math to know what your current year tax liability will be.  Again… the tax profession will exist forever…

How to Pay Estimated Taxes

If you have lumpy income throughout the year, you may want to manually calculate what you owe so that you don’t blindly give negative-interest loans to Uncle Sam.

If you use tax software or a tax professional, there’s a good chance your tax return from this year came with a set of four pre-filled 1040-ES vouchers that you can mail in by the proper date.  The amount on these is usually calculated on the assumption that if you owed money this year then you’ll owe money next year too.  Thus the 100% and 110% thresholds kick in and each voucher represents 25% of your expected bill.

Increasing your withholdings via MyPay or your company’s HR system is probably the easiest method.  Withholdings are easier for you and receive preferential treatment from the IRS.

Finally, if postal mail is a concern, you can use the IRS’s EFTPS (Electronic Federal Tax Payment System) to schedule and pay your estimated payments.  Fair warning that the IRS has some fairly high security hurdles when first establishing accounts, so you may not want to leave your first payment to the last minute.

A great tip for making estimated payments either by check or bank draft is to vary the amount of each payment slightly, e.g., Q1 is $1,000.01, Q2 is $1,000.02, etc. This builds in a tracking system to clearly see when the payment registers and provides proof that you did in fact pay, in case the IRS loses one of your payments.

As your income increases, especially with side income from self-employment, it’s very common to make estimated payments.  You can always increase withholdings to avoid the hassle, but this can result in getting a refund during lumpy income years.  Remember—a tax refund is loaning Uncle Sam money at negative interest.  (He won’t do that for you.)

Action steps you can take today to get on top of estimated payments:

If you won’t make one of the three Safe Harbor provisions, execute a plan to make estimated payments or increase withholdings.  Tax penalties, even small ones, are an unforced error and a tip to the tax man.